After the conclusion of a stormy engagement with her reckless and selfish cousin George, Alice Vavasor, a young woman with an independent fortune, engaged herself to a country gentleman, John Grey. The marriage was approved by her father and her highly placed relatives, but George’s sister Kate persuaded her that she was not adapted to the quiet life of the country, and she broke her engagement. Kate was anxious that Alice should marry George to assist him in a parliamentary career, and she weakly consented to renew her engagement, although with a stipulation that the marriage should he postponed for a year. George’s grandfather, whose death he had been eagerly anticipating, disinherited him, and in his disappointment and anger he demanded that Alice furnish the funds to pay his election bills. Mr. Grey learned of this and provided £4,000, presumably from Alice’s account. George won the election and took his seat, but shortly after was compelled to contest again and lost. When he learned of Mr.Grey’s intervention, he was so furiously angry that he tried to kill him. Finally, finding himself without friends or funds, he emigrated to America.

Interwoven with this plot is the story of Plantagenet Palliser and Lady Glencora. Glencora, a wealthy heiress in love with the worthless but charming Burgo Fitzgerald, had been coerced into a loveless marriage with the heir to the Duke of Omnium. His austerity and preoccupation with politics made her life seem dreary and purposeless. Burgo felt that she still loved him, and almost persuaded her to elope with him from a ball given by his scheming aunt Lady Monk, who had provided not only the occasion, but also the funds for her nephew’s venture. Mr. Palliser, warned of his wife’s danger, arrived at the ball and took Glencora home, where she frankly told him that she still loved Burgo, and begged him to let her go so that he might marry again and have an heir. Although he had just been offered the eagerly anticipated post of Chancellor of the Exchequer, he refused it and took Glencora on an extended European journey. Alice Vavasor, who was Lady Glencora’s cousin and confidante, accompanied them and they were later joined by John Grey, who finally persuaded Alice to renew their engagement. On their return to England they were married at Matching Priory, and Mr. Grey became MP from the Palliser pocket borough, Silverbridge. Lady Glencora and her husband were made happy by the birth of a son, Lord Silverbridge, who would become the future Duke of Omnium.

"Can You Forgive Her? forms a link uniting Trollope's purely social stories with those which were political as well. Now, for the first time, the shadow of ... the Duke of Omnium throws itself over the incidents and personages so far as these belong to politics ... Today, Can You Forgive Her? acquires a new interest from the fact of its showing its author as a pioneer of the problem novel, the point of which generally comes to this--how to act in the conflict between passion or self-indulgence and the laws of good behavior." - Escott

Hablot Knight-Browne (Phiz) and E.Taylor reproduced from the first edition Can You Forgive Her? London, Chapman and Hall, 1864. 2v. 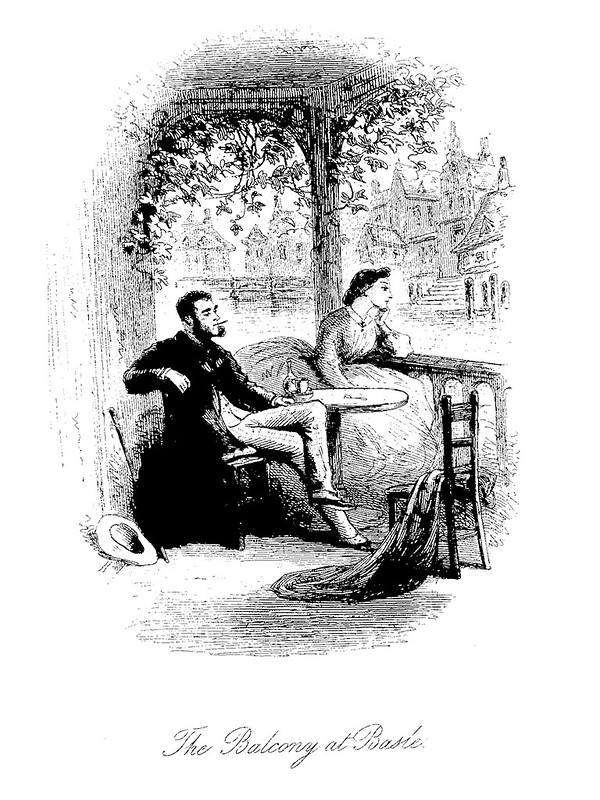 Of Can You Forgive Her? I cannot speak with too great affection, though I do not know that of itself it did very much to increase my reputation. As regards the story, it was formed chiefly on that of the play ...'The Noble Jilt.' ...The humourous characters, which are also taken from the play ... are well done. But that which endears the book to me is the first presentation which I made in it of Plantagenet Palliser, with his wife, Lady Glencora.