Sir Joseph Mason was an old man when Lucius, son of his second wife, was born. He had lived for some years at Orley Farm, a small property near London, which was left by a codicil to his will to this child. The elder son, not content with the large property that had come to him, contested the will but lost his case.

When Lucius, after studying scientific agriculture in Germany, took over the management of Orley Farm, he canceled certain leases, one of which was held by Samuel Dockwrath, a shyster lawyer and son-in-law of the attorney who had drawn Sir Joseph’s will. Incensed at the loss of his leasehold, he re-examined the papers relating to the ownership of the property, and found presumptive evidence that the codicil had been forged. On presenting this evidence to the older son, the suit was renewed.

Lady Mason, mother of Lucius, had been on terms of intimacy with her neighbor Sir Peregrine Orme of The Cleeve and his daughter-in-law Edith Orme. When the case was reopened Sir Peregrine gave Lady Mason his full support and, that he might shield her, asked her to marry him. She was deeply touched, but knowing her guilt could not accept him. When the case came to trial she was acquitted, but Lucius returned Orley Farm to the older son.

While it is primarily a tragedy of misdirected maternal love, the book contains much of the best Trollopian humor, and includes the portrait of his finest gentleman, Sir Peregrine Orme. The legal aspects of the Orley Farm case have been severely and justly criticised. 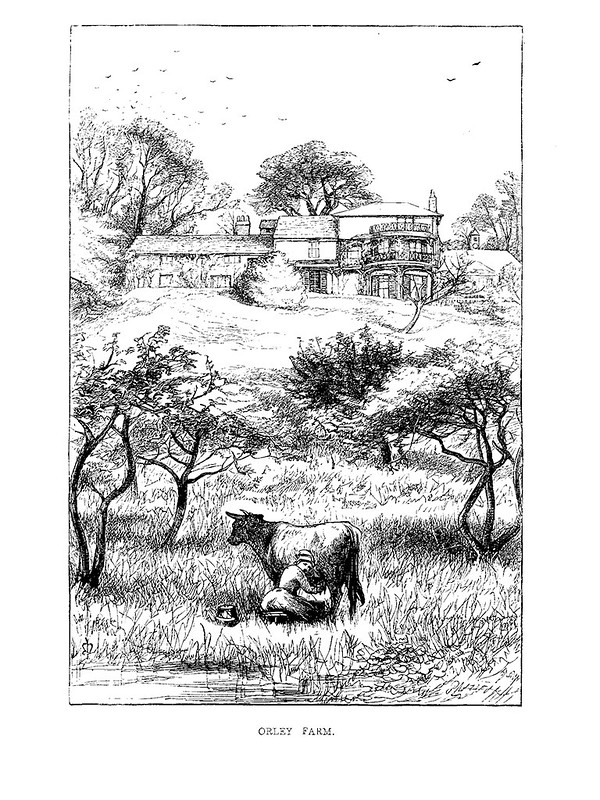 Most of those among my friends who ... are competent to form an opinion on the subject, say that this is the best I have written.