Louis Trevelyan on a visit to the Mandarin Islands fell in love with Emily Rowley, daughter of the Governor. After their marriage they returned to England, taking with them Nora Rowley, a young sister of the bride. As “master in his own house” Trevelyan forbade Emily to receive her father’s old friend Colonel Osborne, who had a reputation in London as a philanderer. The Colonel persisted in his attentions, and the young husband became madly jealous. Emily indignantly resented her husband’s continued outbursts of distrust and finally, taking their small son, left him. Knowing that he was right, he decided that Emily was unworthy to care for their child and, after making careful plans, succeeded in abducting him. He fled to Italy where, brooding on his misfortunes, he went completely mad. Emily followed him and he was eventually induced to return to England where he soon died.

One of Trevelyan’s oldest friends was Hugh Stanbury, who had decided on a career as a newspaper man in London, greatly to the outspoken dismay of his old Aunt Stanbury, who had paid his college bills and expected great things of him. Hugh and Nora Rowley were thrown much together during the sad day of the Trevelyans’ troubles, and although Nora was courted by the wealthy Charles Glascock and could have looked forward to a future as Lady Peterborough, she chose to marry for love.

Life in the Cathedral Close with Aunt Stanbury fell to the lot of Hugh’s pretty sister Dorothy, and the story of her life and loves forms a happy contrast to the gloom of the principal plot.

"...a long and detailed study of the gradual falling into madness of a suspicious husband. From obstinate egoism to proud and dangerous reserve, from reserve to desolate monomania, Trevelyan travels with tragic certainty. The final stages of his mental and moral dilapidation have a wild affliction unusual in the controlled world of Trollope characters ... the pathological study ...is at once the book's main theme and its importance in the chronology of Trollope's work."- Sadleir

Reproduced from the first edition published by Strahan and Co, London 1869, 2v by Marcus Stone 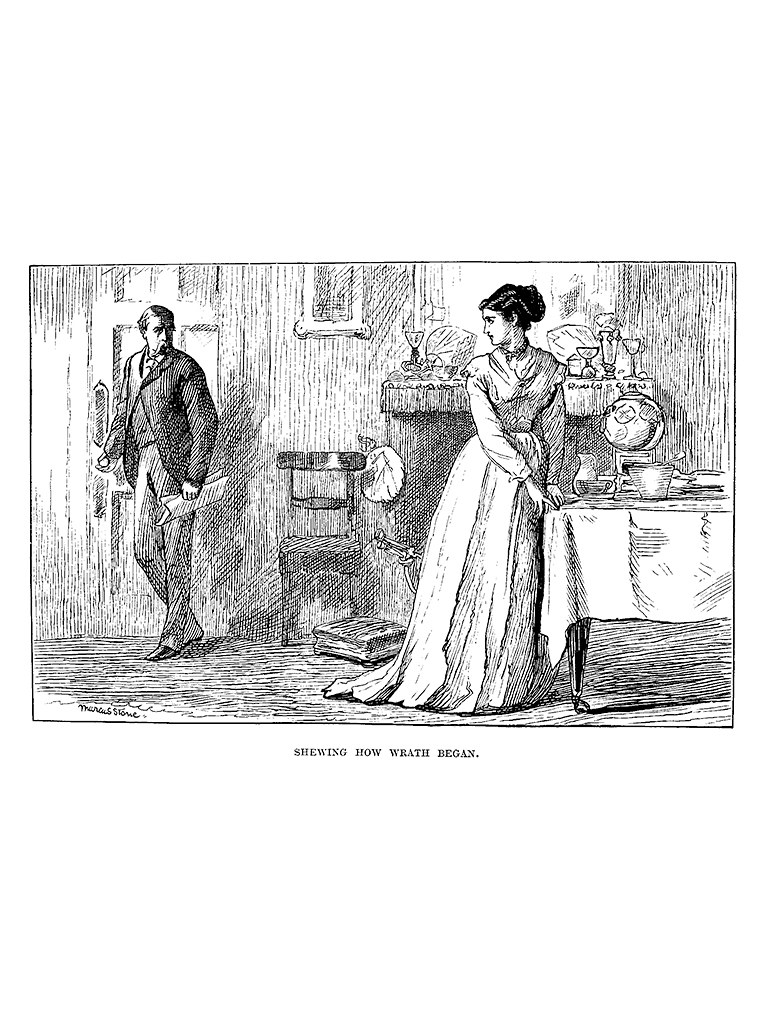 I do not know that in any literary effort I ever fell more completely short of my own intention than in this story.... I look upon the story as being nearly altogether bad.