Harry Clavering, after a brilliant career at Oxford, was jilted by Julia Brabazon in favor of a wealthy old debauchee, Lord Ongar. After an unhappy year on the Continent, culminating in the death of her husband, the wealthy widow, accompanied by the sycophant Sophie Gordeloup and her brother Count Pateroff, established herself in London.

Harry had become a civil engineer and was engaged to Florence Burton, daughter of a member of his firm. Assuming incorrectly that Lady Ongar knew of his engagement, he allowed himself to be again drawn into her circle until it became clear that she wished to renew their old engagement. The temptation was great but he resisted it. About this time Sir Hugh Clavering and his brother were drowned in a storm off the coast of Norway and Harry became the heir to the estate and married Florence.

"The Claverings is the best wrought of the novels designed for The Cornhill, and as surely conceived as any book he ever wrote." - Sadleir.

"It is a novel of atmosphere, and the atmosphere is of that sort very dangerous for the English novelist, the atmosphere captured so supremely well by Thackeray the green-lighted, close-scented gambling rooms, the shabby adventures of half-deserted spas, the shelving beaches of foreign watering-places, concealed accents, stolen passports, impoverished counts and impertinent ladies' maids.... Trollope's most serious attempt to escape from his own personality." - Walpole

Mary Ellen Edwards reproduced from The Claverings, serialised in the Cornhill Magazine February 1866 to May 1867. 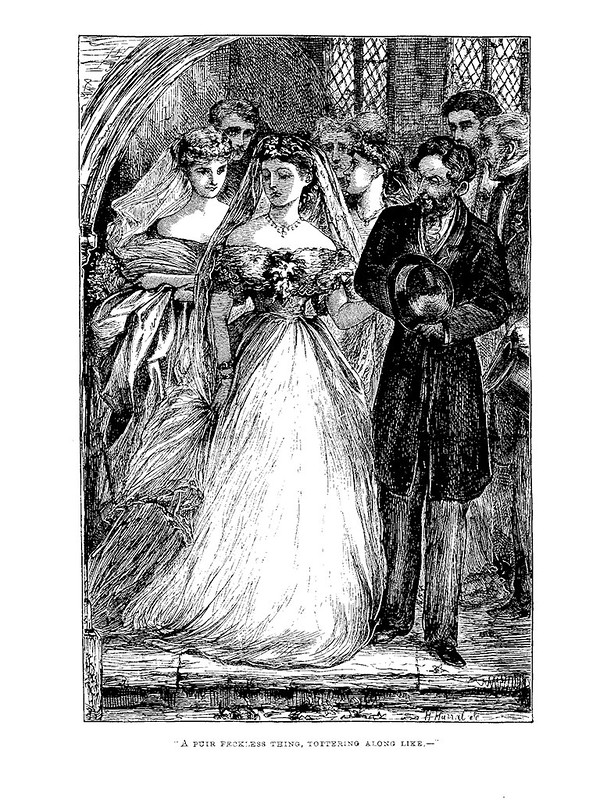 I consider the story as a whole to be good, though I am not aware that the public ever corroborated that verdict.