A dramatic reading of a play by Barbara Lauriat

When Anthony Trollope’s autobiography was published posthumously in 1883, his son exercised his right under the instructions left by his father to omit, but not alter, parts of the work. One of the few omissions related to Charles Reade’s unauthorized dramatic adaptation of Trollope’s novel Ralph the Heir while Trollope was away in Australia in 1871-2. At the time, Trollope was incensed to discover that Reade—a novelist and dramatist who had himself suffered at the hands of unauthorized adaptors — had written the play and sold it to John Hollingshead at the Gaiety theatre. He was even more outraged when critics accused the play of indecency. Trollope and Reade’s notorious falling-out over the incident brought further attention to the question of whether the law should prevent unauthorized adaptations and led both of the men to lobby for copyright reform.

Dr Barbara Lauriat, Senior Lecturer in Law at King’s College London and member of the Trollope Society, has published two academic pieces based on her archival research on the relationship between Reade and Trollope and its legal and literary implications:

A dramatic reading of The Shilly Shally Affair was performed in January 2020 at The Athenæum in London. Barbara will be giving a short talk introducing the background of the dispute, which will be followed by a specially recorded dramatic reading of her one-act play. There will also be time for questions before the evening concludes.

Please register to attend this event on Zoom. We will send you the Zoom login details and password 48 hours in advance of the event.

There is no charge for this event, but you may like to consider making a donation to the Trollope Society. 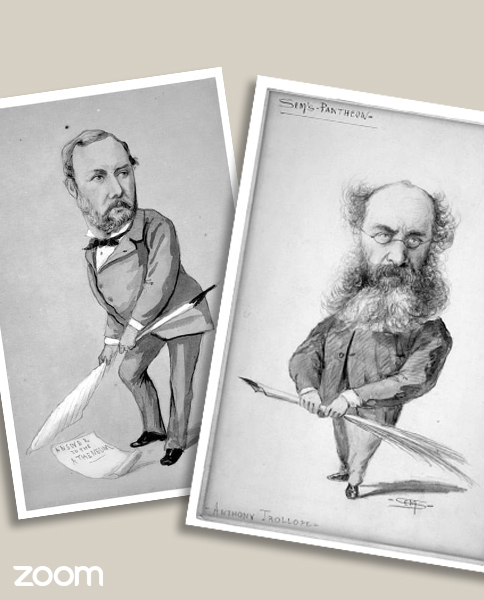 Mr. Anthony Trollope is very much annoyed at finding one of his novels dramatized without his consent. Curiously enough the dramatist was Mr. Charles Reade, a gentleman whose quarrels with dramatic adapters of his own novels should have kept him from laying violent hands on Ralph the Heir.